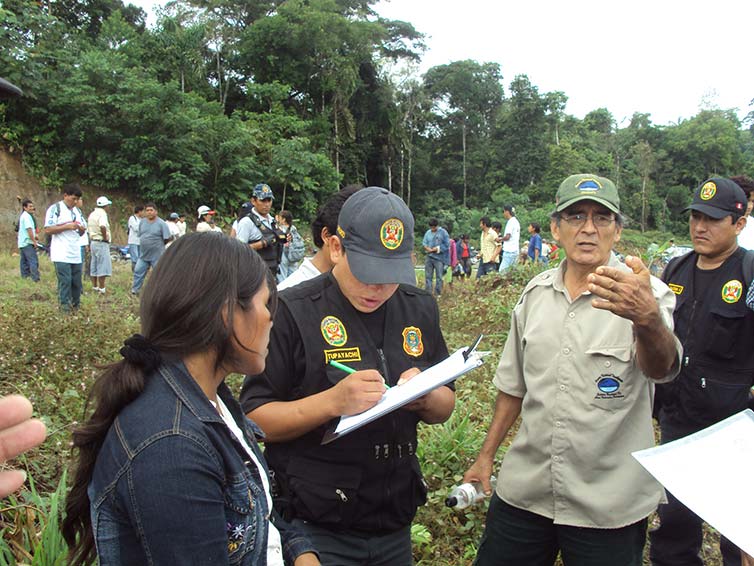 Between the mid-1970s and 2004, the Peruvian Ministry of Energy and Mines has been supporting alluvial gold mining through various programs. After this period, the government has taken a number of rather disconnected steps to address artisanal mining. Its attempts to formalize the sector have, to this day, not been successful.

In Peru, several documents are currently in place that deal specifically with small-scale and artisanal mining:

The Small-Scale Mining and Artisanal Mining Formalization and Promotion Act (Law 27651):
Mining is governed by the General Mining Law issued in 1992. The Law considers small-scale mining, but had no definition or category for artisanal miners until 2002. The law stipulates the steps to be taken to become a formal artisanal miner: obtain a tax number (RUC), obtain a mining concession or a mining contract with the concession owner and an artisanal miner certificate. It also establishes obligations for artisanal miners regarding the environment. Many miners have not (yet) been formalized, because of the very complicated procedures, obligations, overwhelming paper bureaucracy, dependencies from governmental offices, employees and often arbitrary decisions and time schedules. In Madre de Dios, in April 2012, only 5 percent of a total 3,000 requests for formalization had been attended.

The National Plan for Formalizing Small-Scale and Artisanal Mining:
In March 2011, the Ministry of Energy and Mines approved the National Plan for the Formalization of Artisanal Mining (PNFMA). It aims to formalize all artisanal mining in the country by 2016, and to promote sustainable artisanal mining. In reality, informal artisanal mining in Peru is far more complex than the description in the PNFMA. It is a major seasonal population shift of miners, but also an activity of farmers and native communities on their own land. Turning this activity into formal mining will be a complex process.